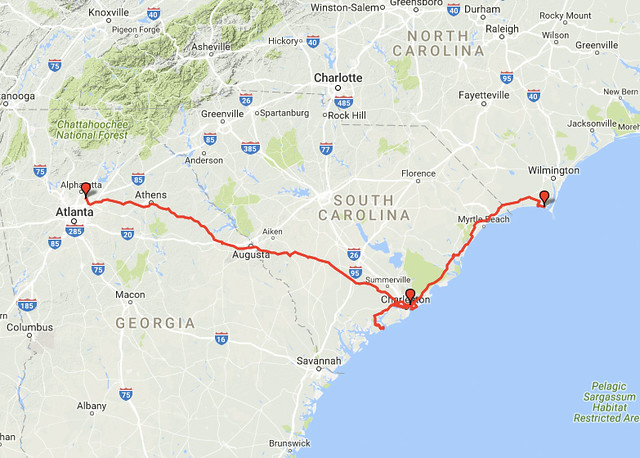 One last stop along the coast before turning inland: Charleston, SC. It would be beautiful. Historic. Cultural. Southern. And, according to my sources, tasty.


Tim had kindly reached out to his daughter, Nerina, and her family, who graciously hosted me for just a few days before they themselves went out of town. Timing was perfect: rain was predicted all day after I arrived, and I anticipated the excuse to stay in. I got to know their two bright daughters, who have bedrooms that are more adult than my adult bedrooms have ever been (hypothesis: pillow count is proportional to grownupness?). When the skies cleared, the household was in a hubbub of daily school life and packing up a whole family for their imminent departure, so I was happy to tour myself around town.

The previous day's rainstorm had caused some flooding and knocked down large branches, and many roads in the cemetery were slick with mud. I was going to take it on as a riding challenge, until I noticed a groundskeeper passing by carrying wooden planks. He was going to rescue the truck 'parked' up ahead; the one stuck in the mud while clearing out fallen branches.

Gwynne, another Siak from Atlanta days, sent a few tantalizing photos from Botany Bay Plantation Heritage Preserve. It was a short ride, about 45 miles south of Charleston on Edisto Island, with sweetgrass basket sellers along the road to the beach resort towns. I got a bit nervous when the turn off to the preserve became dirt, but I was indeed on the right path.


A gatekeeper took a small fee, and explained to me that parts of the preserve were closed off due to flooded roads (ah, lowlands), but at the end of this road would be a clearing where I could park and hike to the beach.

I didn't think much of the many signs forbidding you to remove anything from the preserve until I arrived at the beach.

I couldn't have anticipated such a place of unspoiled coastal beauty.

Here, have a million photos. 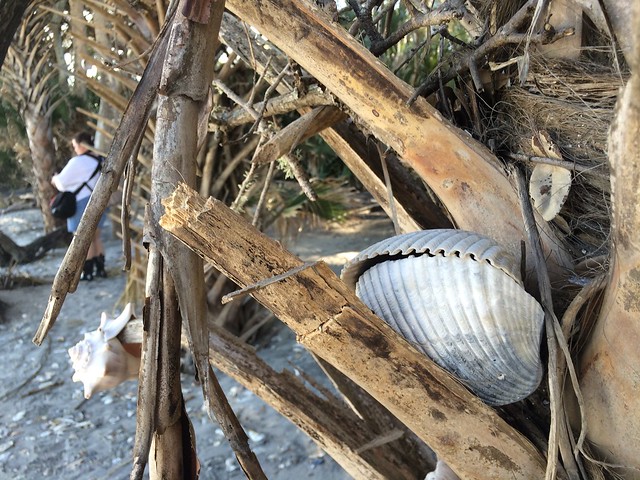 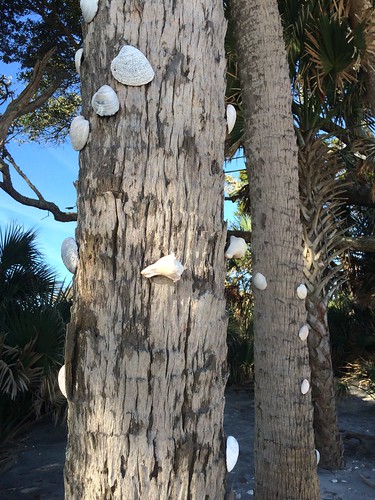 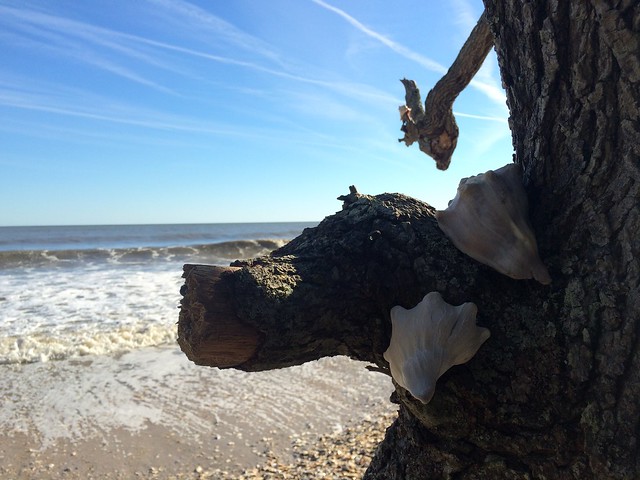 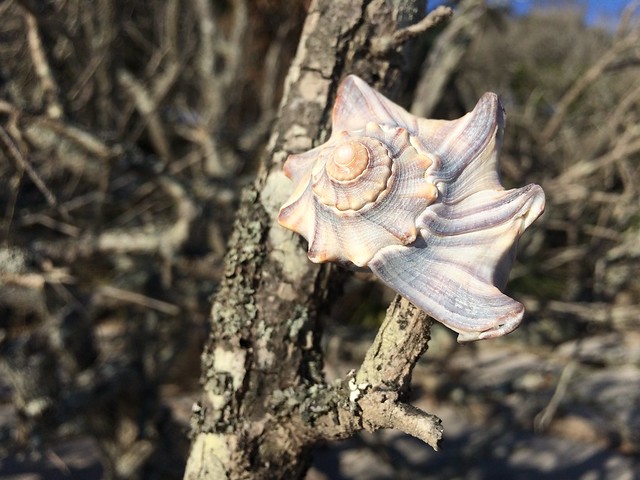 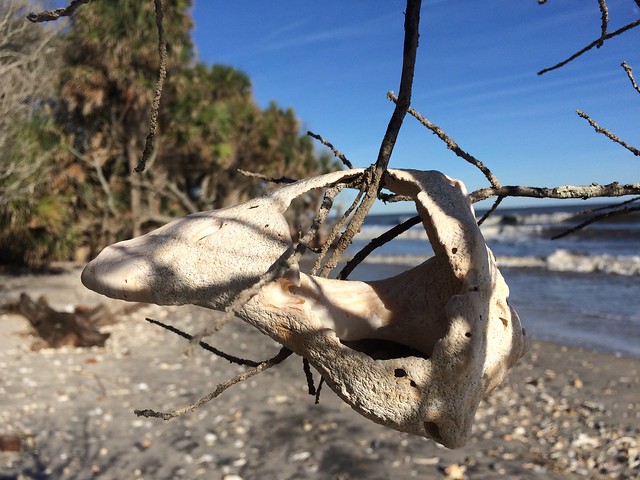 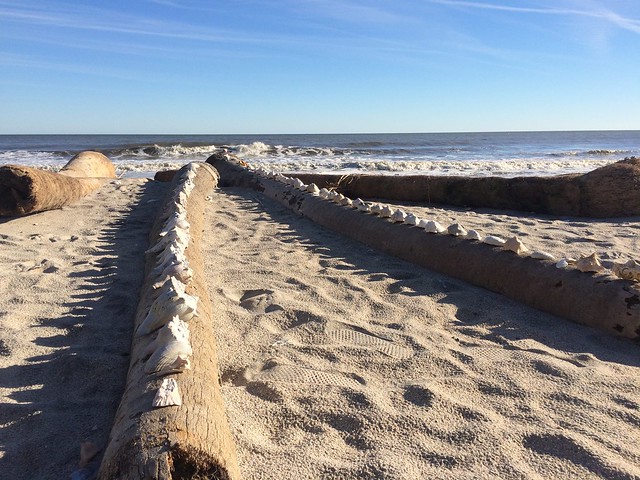 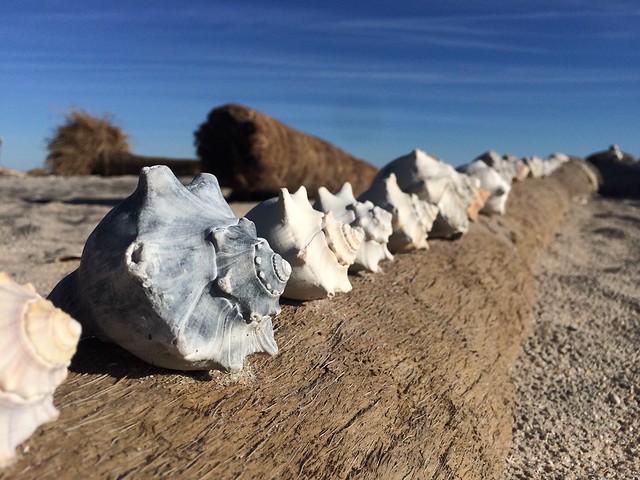 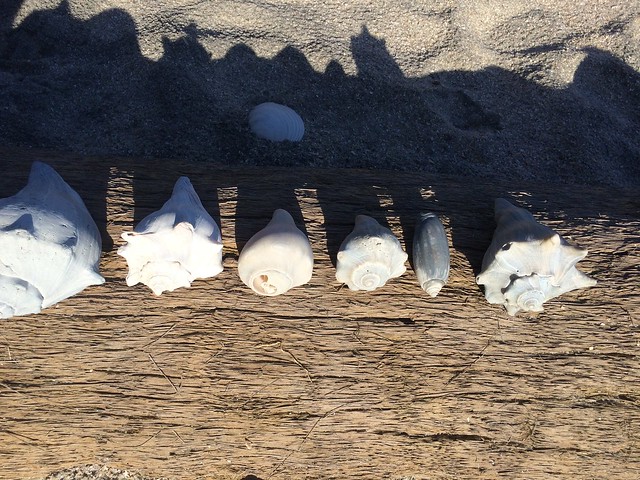 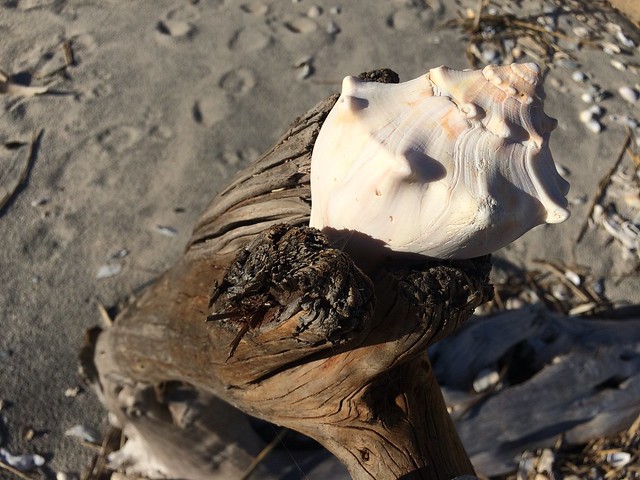 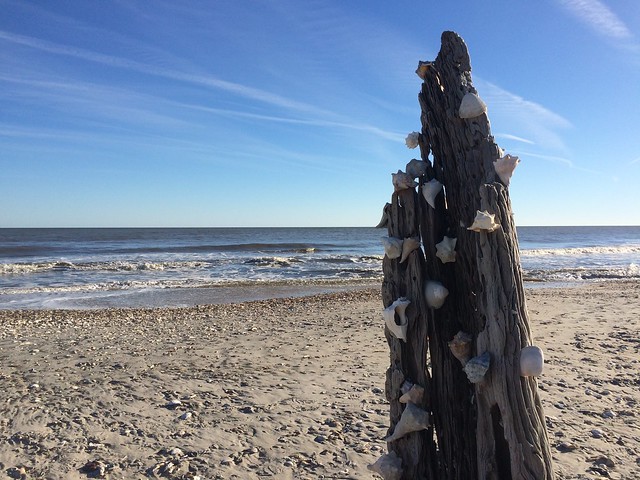 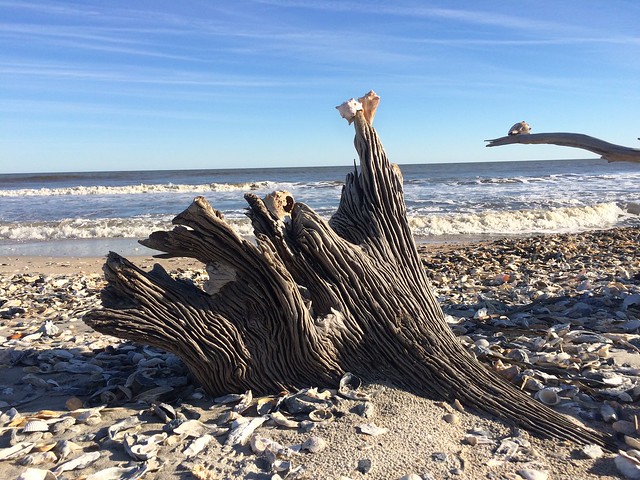 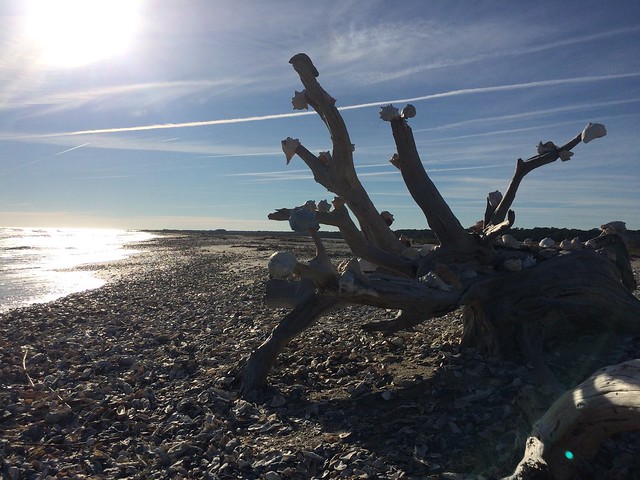 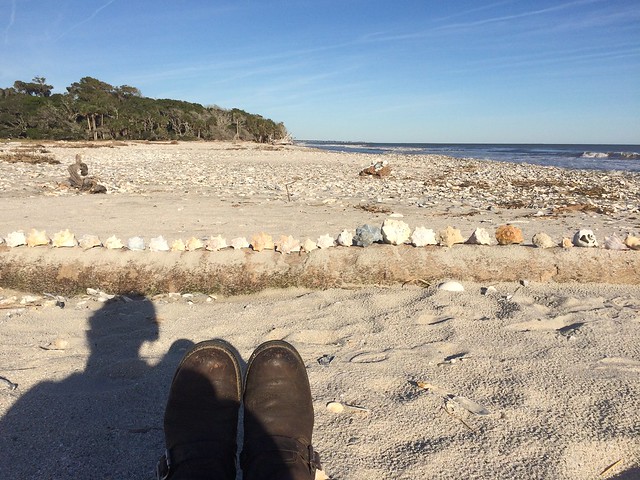 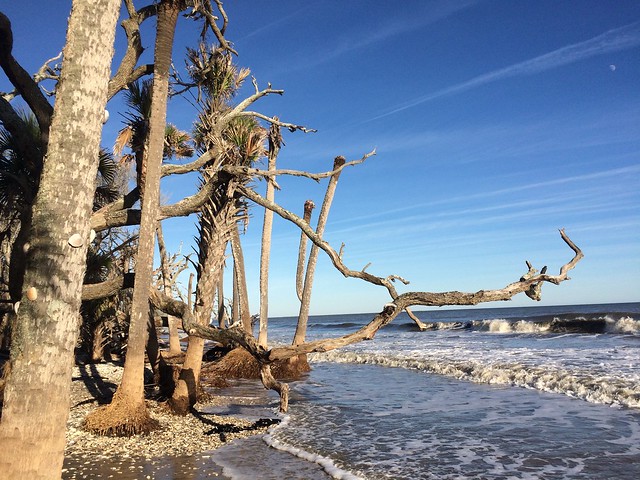 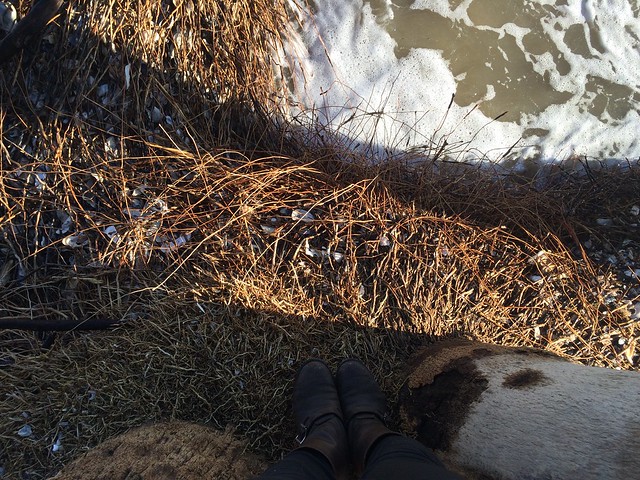 I don't know if I spent an hour there or several. I was utterly lost in shells and waves and bony trees, combing my way down the shoreline. It's a timeless place, in another world. I probably could have stayed there many more hours, but the sun was sinking low.

After the scene at the cemetery I was fine to avoid muddy roads to the rest of the plantation, but I did make a quick visit to the Bleak Hall ice house and smokehouse. The actual house was destroyed by fire.


I followed Gwynne's next recommendation back in the city to Leon's for fried chicken, but once there I noticed what appeared to be an open gallery across the way. Figuring I had nothing to lose, I asked someone outside what the event was. As it turned out, I'd asked one of the Byers of Byers Design Group, an architecture firm, and one of the handful of local advertising, design, and creative businesses in the neighborhood. They had banded to together to hold open office nights, inviting everyone into one office then the next, to mingle, show off their space, and would I like some cheese or wine? In a brilliant demonstration of Southern hospitality, I was ushered in, poured some red, introduced, toured, and found myself happily chatting away with the young creative professionals of Charleston. It seems they're fond of the idea of taking off on a motorbike.


I couldn't help but wonder had I not gone the path of freelancing, if I would have found myself on the other side of such an office event. Charleston, while a not a big city, seemed to have some good things going for a young, creative crowd. The very event I'd fallen into was an example, but the sentiment was reiterated by the art directors, designers, and marketing folk with whom I cheerfully passed the evening.

Also, there's totally a foodie scene. I spared you the photos of BBQ and fried chicken and pie I was consuming, but I could bop around the restaurants and bars day after day.


The girls were already all packed up the night before departure. In the morning, I loaded up my scoot for the road as they loaded the car, and we said our farewells.

The ride into Atlanta was smooth and unremarkable, save for an increase in the number of Confederate flag sightings (somehow, I don't think they're all being flown in the context of Veterans of the American Civil War) and this one gas station where I found fried chicken gizzards (woo!). The landscape began to take on familiar shapes and names, and with Athens behind me I found myself re-absorbed in the safety of a large metropolitan area.


Atlanta, my childhood hometown. The Siaks, or "family with a different last name," as my dad likes to say. The house I ran amuck in when I was but a stubby little munchkin. I can almost hear the muffled sound of our parents shuffling mahjong tiles, or the less-than-muffled singing of karaoke. While my life was a conveyor belt sushi train of backdrops the Siaks have kept the very same house, the one that matches my memories. Wai, and food, and my winter home base. Hello again, Atlanta.
Posted by 250cc Superhero at 7:35 PM