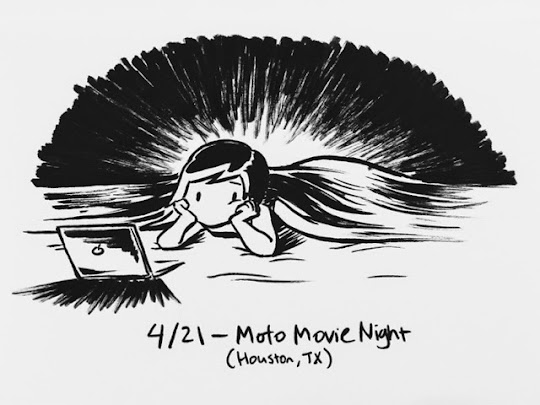 The reason the US is either awesome, or like a stoned kid: the mixing of cultures means you get meals along the lines of spaghetti, fried in Chinese noodle style with mushrooms and chicken, combined with some leftover BBQ. Top with Sriracha (optional). Meanwhile, my uncle was dining on Korean ramen with German sausages. Hey, mix it up and see what works.

I've been enjoying a documentary Chris and Mike recommended back in Tuscon, called Somehwere Else Tomorrow - 2 Wheels - 1 World - 0 Money. Daniel's approach to travel resonates with me, from the not-a-phase approach to his general goal in worldwide travel. Also, it included Ted Simon amongst its interviewees, which reminded me I want to read his books. In the search, I found a lovely quote from him:


People who thought of my journey as a physical ordeal or an act of courage... missed the point. Courage and physical endurance were no more than useful items of equipment for me, like facility with languages or immunity to hepatitis. The goal was comprehension, and the only way to comprehend the world was by making myself vulnerable to it so that it could change me. The challenge was to lay myself open to everybody and everything that came my way. The prize was to change and grow big enough to feel one with the whole world.