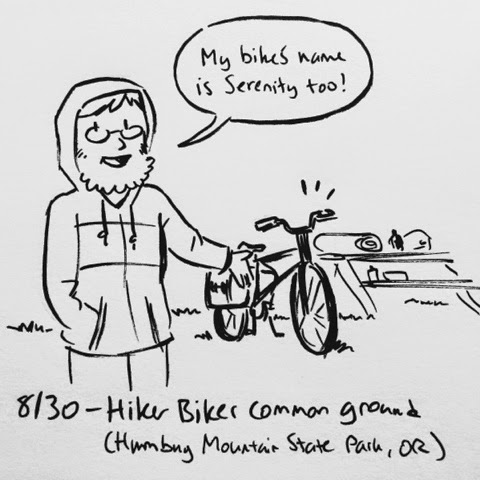 The Oregon coast is stunning, but you probably already knew that.

Labor Day weekend meant Humbug Mountain State Park campgrounds were booked full, but there were several hiker biker sites left so I snuck in with them. The cyclists I've met have been super nice!

Also, yes, the scooter is unofficially named Serenity. Yes, after the ship in the TV show, Firefly, but also because it's impossible to ride angry. She takes off the line however she wants, rides smooth and quiet, and blue is just sort of a serene color.
Posted by 250cc Superhero at 5:00 PM